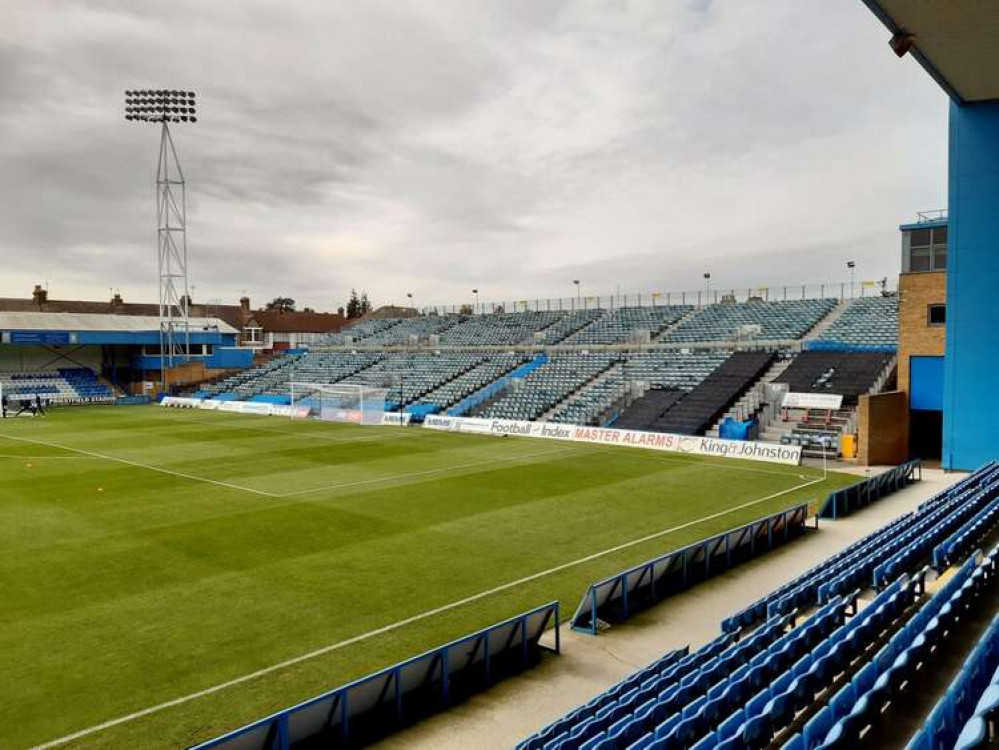 Crewe's game at the Priestfield Stadium on Saturday is off (Picture credit: Steve Daniels).

CREWE Alex's League One game at Gillingham on Saturday (December 18) has been called off because of Covid.

The Kent club said that after a "number of positive Covid tests this morning among staff members, the Chairman [Paul Scally] has decided that, in the interests of safety of all personnel, the stadium should be closed immediately and staff asked to return to their homes".

Crewe have also been affected by coronavirus in the past week with one player having tested positive and another isolating because of contact.

Alex boss Dave Artell revealed how the club has moved swiftly to implement new measures demanded by the EFL.

These include mask wearing and social distancing in dressing rooms and in the case of the Gillingham trip, had it gone ahead the squad would have travelled south in two coaches.

The manager has urged all his players who are not yet vaccinated to get jabbed and says he will also be asking any potential signings during January's transfer window about their vaccination status.

"It is important to get vaccinated and it will certainly come into my thinking when I speak to players in January - I will ask the question because I think its important," said Artell, who admits players will need to be sensible to avoid unnecessary social contact over the Christmas period.

"When you factor in Christmas and the potential pitfalls and festivities that can bring you have got to be ultra cautious and ultra professional. If everyone does that we and other clubs have got a chance of playing games of football, and you're not going to fall foul.

"Sometimes that is inevitable or unfortunate and you can certainly put yourself in positions that make it more likely that you aren't as professional as you should be, for example going to a house party, which isn't great at this time because of Covid."

And he stressed: "We're trying to keep the players together as much as is possible, but as far apart as possible because of what is going on in the world.

Crewe's game is one of eight already called off at the weekend in the EFL. While matches in the Premier League have been by the virus with tonight's Leicester versus Tottenham

and Saturday's Manchester United/Brighton game postponed; three previous top-flight fixtures were also cancelled in the last week. With the threat posed by the Omicron variant growing, Brentford boss Thomas Frank has called for all Premier League games to be called off this weekend.

Crewe 0, Sheff Wed 2: penalty blues for Porter as frontline is hit by injuries and illness