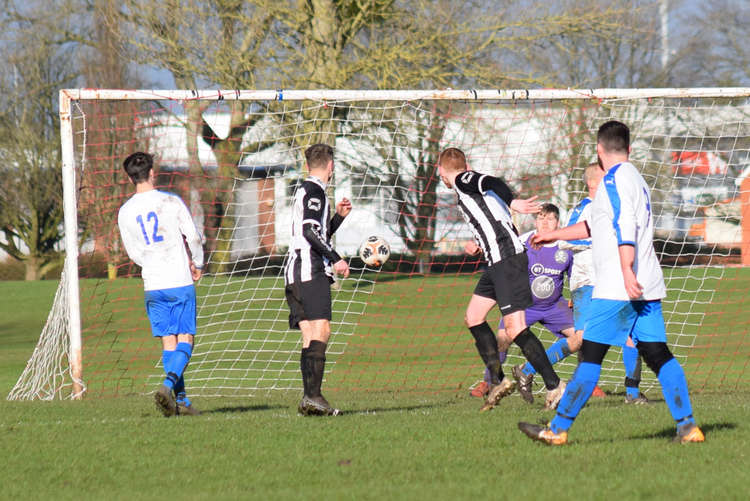 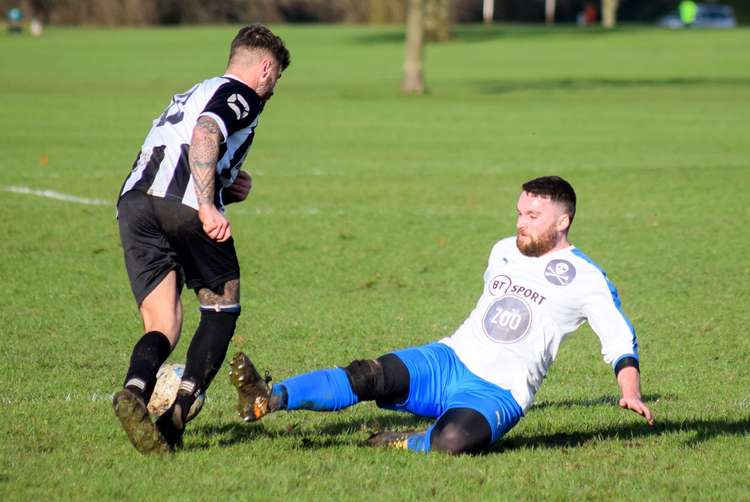 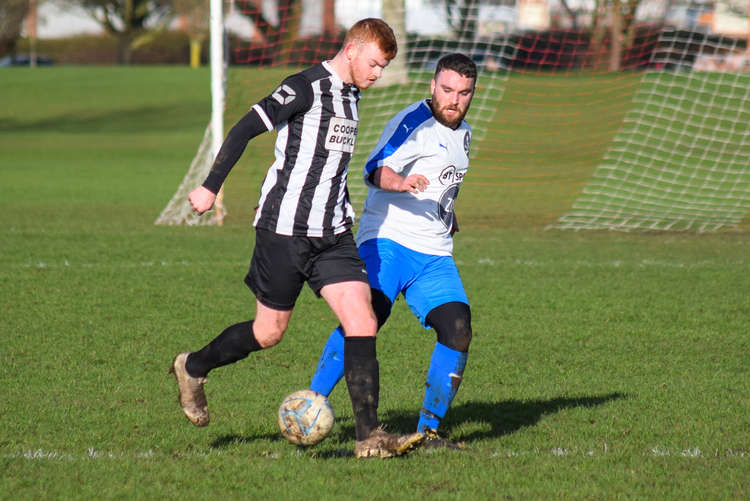 THE Lions consolidated their position at the top of the CREWE REGIONAL SUNDAY LEAGUE with a 4-1 win at Willaston White Star as clubs returned to action after the holiday break.

Mike Blundell netted twice and Nathan Tickle and Russell Schofield scored for the visitors with Schofield having played in goal until the interval.

Dan Harrison levelled for White Star soon after the break, but The Lions raced away in the closing minutes adding a further two goals.

Also in the Premier Division, Broadhurst FC and Talbot drew 2-2 with Glimond and Steven Hughes scoring for the home side and Josh Cooke and Scott Rankine replying for Talbot.

George & Dragon were playing only their fourth League game of the season as they earned a hard-fought 1-0 win thanks to a first half goal from Andy Houston to move up to fifth place in the table with games in hand.

Audlem are back on top of Division One after 4-1 win at Ruskin Park.

With rivals Winsford Over not in action they made it count despite not being at their best. Goals from Carl Greatbanks and Dan Rooney secured a 2-0 interval lead.

Ruskin Park pulled a goal back through Jarvis Jones, but a brace from Tony Sinstadt secured the win for Audlem, who had veteran forward Andrew Betteley playing in goal.

Mid-table side Leighton FC and C & N Utd were well matched in a game which ended with a 2-1 victory for the visitors.

Leighton took the lead with a Dewi Lewis goal before a controversial penalty for C & N Utd. was converted by Joe Bell. Soon after a well-worked move was finished by Tom Lloyd to secure the win for C & N.

Cooper Buckley thrashed Nantwich Pirates 5-1 on the Barony to move up to third spot ahead of Sandbach Town on goal difference.

Luke Gillan scored a hat-trick for Cooper whose other goals came from Ashley Edwards and Jason McMullen. Anthony Broadhurst scored a consolation for The Pirates.

The Saturday action saw the CREWE AND DISTRICT LEAGUE resume with a high-scoring game between AFC Crewe and FC Bollington.

FC Bollington's 5-3 win lifted them to third spot in the table.

Leaders Sandbach Curshaws won 3-2 at Mary Dendy 1982, but they were made to work for the three points.

They were held to a goalless first period before goals from Sam Critchley, Sam Johnson and Ryan Simmons secured victory in a tight game. Dan Squire scored both goals for Mary Dendy 92.

CREWE FC bowed out of the Cheshire County Amateur Cup as they were beaten at the Cumberland Arena by Lostock Gralam.

Josh Lane cut the arrears for Crewe FC early in the second half after they trailed (0-3) to the Northwich-based side for whom Myles Wady, Bradley West and Carl Harvey were on the mark.

But the Grey Lambs secured a semi-final spot with a further strike from Liam Collins to earn a 4-1 win.