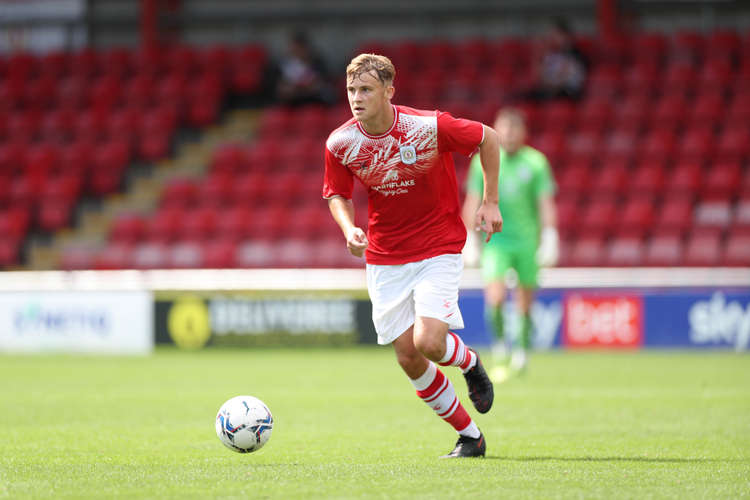 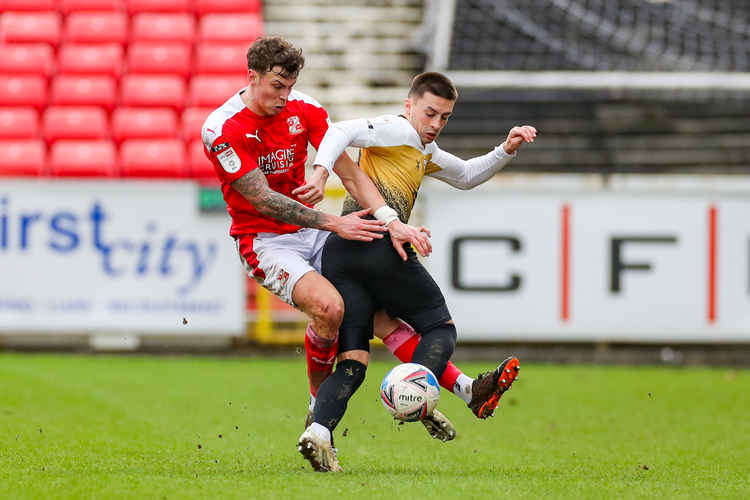 PREMIERSHIP Brighton are understood to be monitoring the progress of Crewe's latest defensive prospect Zac Williams.

The 17-year-old has made a significant impact amid the Alex's relegation battle after only making his senior bow in November's Papa John's Trophy game with Wolves under-21s.

The teenager followed that up with a League start at Bolton and has been pencilled in Crewe's starting XI in the seven league games since.

The Welsh youth international has cut an impressive and assured figure on the left side of a three-man backline.

Williams, who turns 18 in March, is not tied to the club on professional terms and remains a second year Academy scholar.

Brighton have a track record of recruiting potential talent from the lower leagues long before they become established in their first teams.

Such as midfielder Jordan Davies, who they placed in the the Amex development squad straight from Wrexham's youth system. In this transfer window the south coast club have signed Polish international midfielder Kacper Kozlowski, 18, before loaning the teenager out to a Belgian club.

Tying down the club's talent remains a priority area for Crewe boss Dave Artell to head off potential problems down the line with players heading out of contract. He says the club has "one or two bits going on and one or two bits agreed" after recent talks with players.

He was glad to see Billy Sass-Davies agree a contract extension to 2024 at the end of last week and says the centre-half's progress this season has more than merited the offer.

"Billy has been consistent which is a real good start for him," said the Crewe manager. "We don't want to expect too much of him too soon, but he's going on really well and he deserves his new deal.

"He's six ft 4 and he is built like the side of a house. He's got to become a real powerhouse of a defender that is imposing both in stature and the ability. We all know he has got the ability and he has certainly got the frame.

"He's done ever so well and we hope that continues."

Meanwhile, Owen Dale will be welcomed back into the fold after Blackpool failed to make the winger's move permanent before a loan deal struck last September expired this week.

Dale has returned to the Alex, but after his limited game time with the Tangerines - where he was restricted to seven appearances - he is not available to feature in tonight's re-arranged home clash with Charlton (K.O 7.45pm).

Blackpool head coach and former Alex Academy man Neil Critchley had hoped an agreement would be reached between the clubs over a fee, although it is understood Crewe feel that was settled last year.

"We're going to give Owen as much help and support as he needs. That's football, Owen is disappointed I'm sure and we have to make sure he is capable of getting back to the form that saw him getting a Championship club interested in him.

"Once he is fit and available we will endeavour to do that," said Artell, who says he is hopeful of doing some business of his own in the window sooner rather than later.

Ahead of Charlton's visit, he reports he has one player self-isolating because of a Covid contact, while another unnamed player is to be left out "for other reasons".

But striker Chris Long is available again after a period of injury and Covid isolation, while fellow attacker Scott Kashket is making progress recovering from an ankle injury and Covid.

Ben Knight is to undergo rehabilitation on his foot injury back at parent club Manchester City, although he is currently back home in his native Cambridgeshire, and is expected to be out of action for some time.