Crewe fixtures released: five away fixtures for Alex fans to look out for

Crewe Alexandra's home pitch this week. The Alex will play at home for the first time on Saturday - August 6 (Ryan Parker).

Crewe Alexandra fans now know when their side will be facing each League Two team - following the release of the 2023/23 EFL fixtures.

All EFL fixtures for the Championship, League One and League Two were officially released at 9am yesterday (June 23).

The Railwaymen have six weeks to prepare for the new season - kicking off on July 30.

Crewe Nub News has picked five away fixtures for fans to look out for this season: 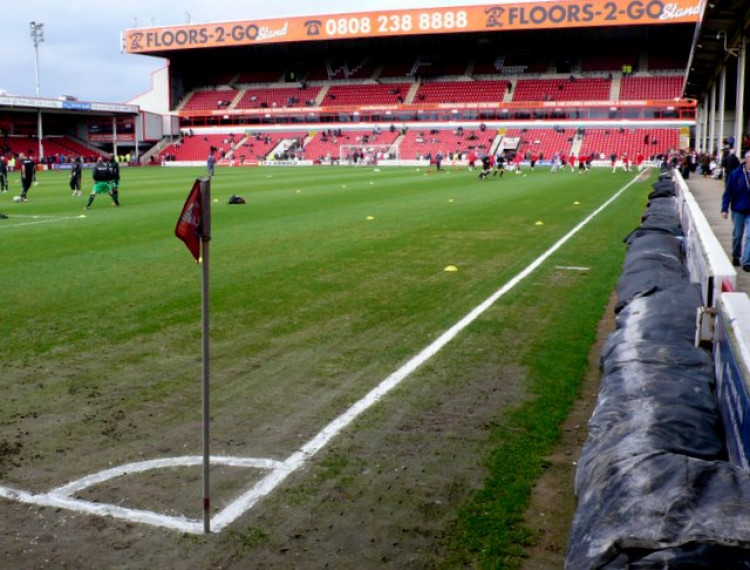 Crewe will travel to the Bescot Stadium on Saturday - December 17 (Geograph).

Crewe Alexandra face a trip to play against The Saddlers this winter.

This 48-mile trip will see Crewe travel to the Bescot Stadium, West Midlands.

The Alex last played Walsall in February 2020 - Crewe won the away fixture 2-1. 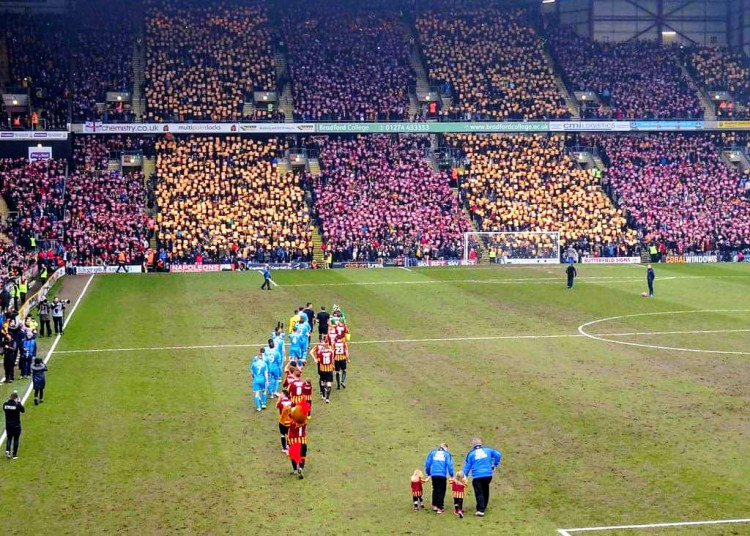 The Railwaymen last played The Bantams in August 2019 - winning the home fixture 2-1. 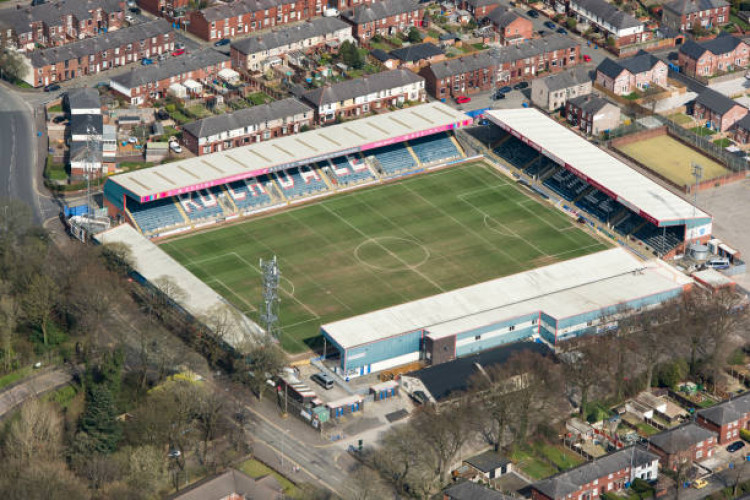 Crewe will travel to the Spotland Stadium on Saturday - July 30 (Getty).

The Alex will travel to face The Dale on the first League Two game of the season.

This 53-mile trip will see the Railwaymen travel to the Spotland Stadium, Greater Manchester. 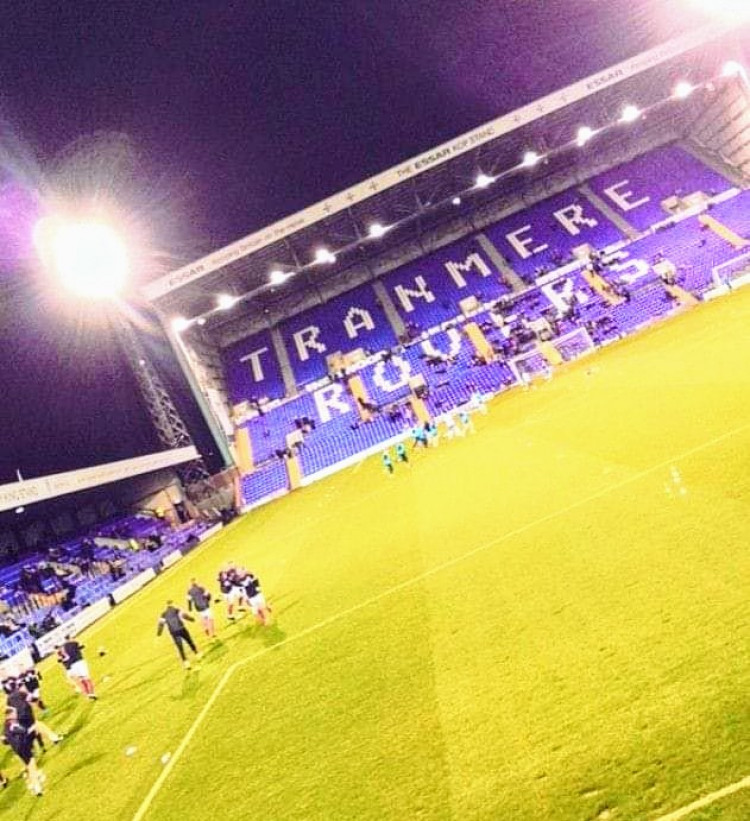 The last time Crewe played at Prenton Park. The Alex will play away to Tranmere on Saturday - October 15 (Ryan Parker).

The Railwaymen will compete against the Super White Army this autumn.

This 40-mile trip will see Crewe travel up to Prenton Park, Merseyside. 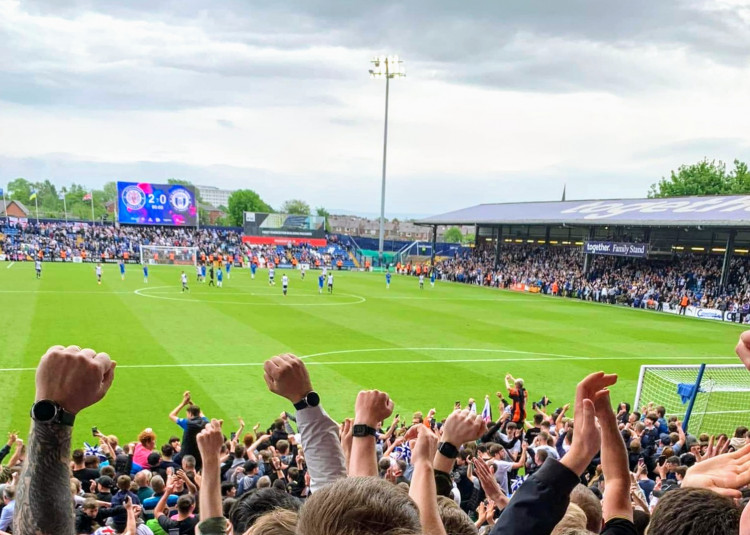 Crewe Alexandra will travel to face this season's biggest rivals on Boxing Day.

This 34-mile trip will see The Railwaymen travel to Edgeley Park, Greater Manchester.

The Hatters were promoted to League Two this May as National League champions.

Stockport last played in The Football League in 2011. They were relegated to the sixth tier in 2013. 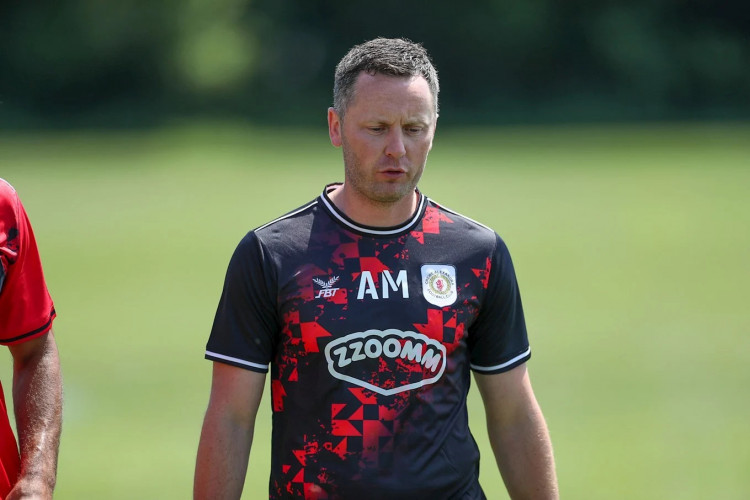 Alex Morris' side will continue to play matches during the FIFA World Cup 2022 - taking place from November 21 to December 18.

Yesterday (June 23), the Crewe manager was happy with his side's fixture schedule. He told the club's website: "It is always an exciting day when the fixtures come out and I am pleased with the opening games.

"We have some great fixtures to start.

"In the first five games we have two local games and three at home." 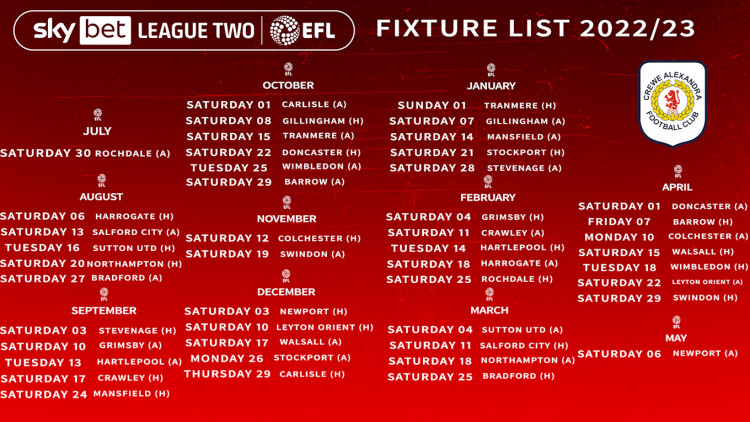 "It is exciting day for the supporters and players alike and everyone is looking forward to it."

So far this transfer window, Crewe Alexandra have made four summer additions to their squad.

The Alex began their pre-season training this Wednesday (June 22). 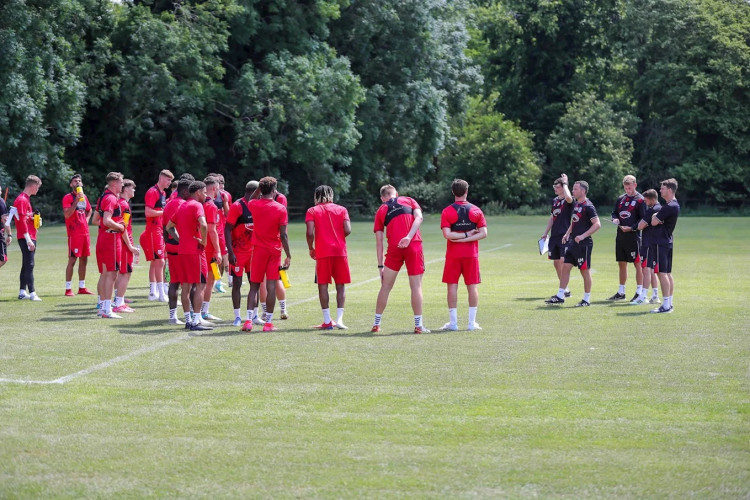 Morris added: "The first days of pre-season have gone very well and everyone was raring to go.

"There is a spring in their step but you expect that in the first few days of pre-season."