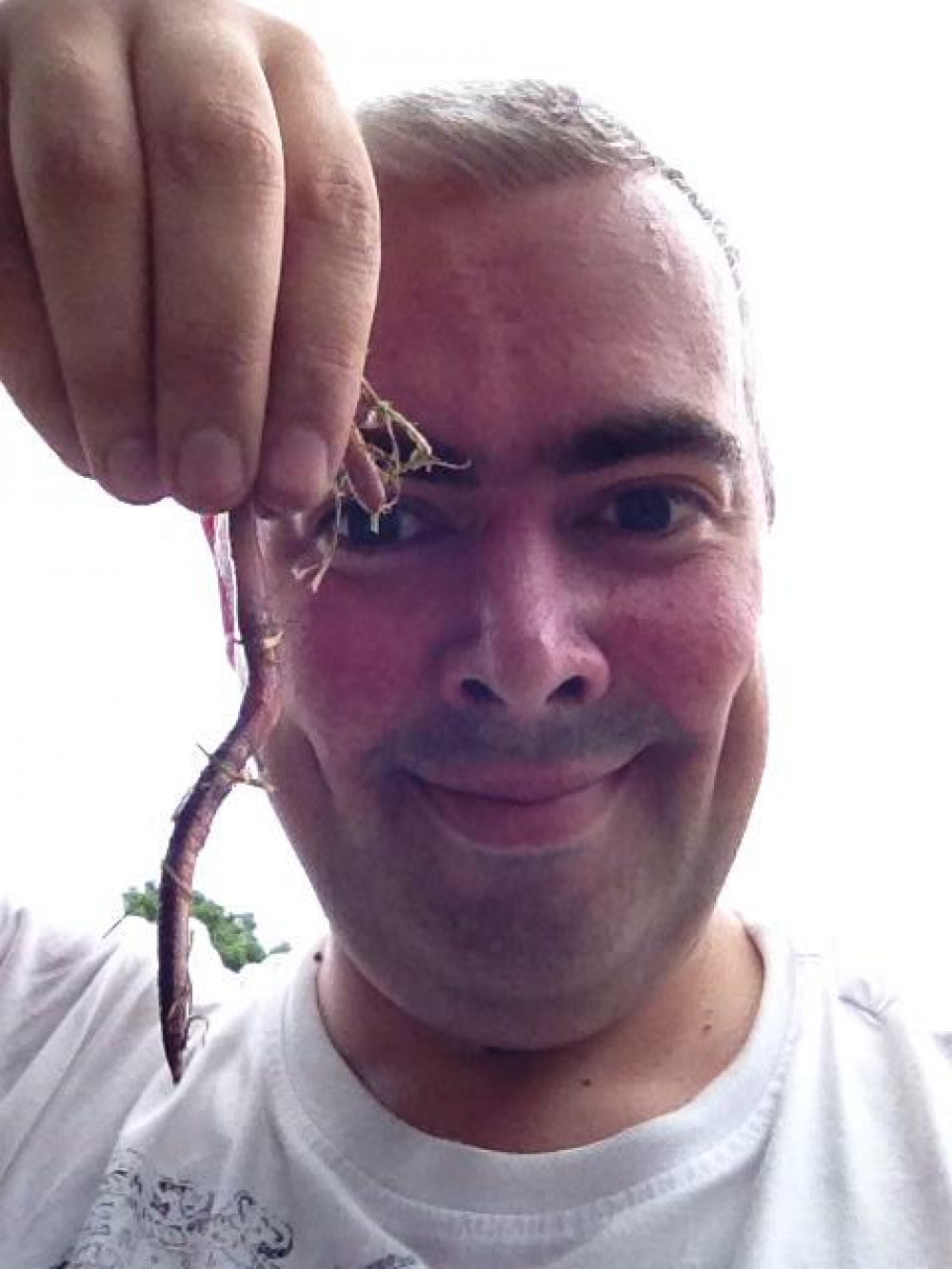 Steven taking a look at an elusive worm when he last took part in the championships.

A CREWE-BASED accountant has only one number in mind as he gears up for the return of Willaston's crowd-pulling World Worm Charming Championships.

But Steven Betts won't be counting his chickens – only his worms – in the hotly-contest event which draws competitors from around the world.

He has competed in the quirky village event six times and hopes to beat his personal best of 111 worms coaxed to the surface and help raise cash for St Luke's Hospice.

The 40-year-old will be armed with a garden fork and spanner when he takes to his plot this Saturday, sponsored by family and friends.

Steven, who works for Barringtons Chartered Accountants in Nantwich, said: "People use all manner of techniques from playing drums and stomping to singing and playing a musical instrument on their plot.

"My plan is to 'twang' the fork with the spanner and use a combination of vibration and sound." 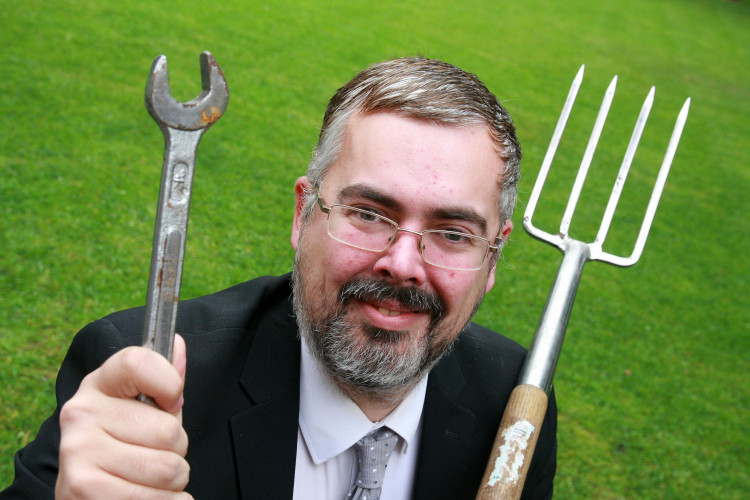 Steven will be among those hoping to charm worms to the surface at Willaston on Saturday.

The event returns to the school grounds of Willaston Primary Academy where participants will be challenged to collect as many worms as possible from their 3×3 metre plot.

Established in 1980, competitors have used various techniques down the decades including whacking the ground with a tennis racquet and jumping on the spot to coax the wriggly creatures to the surface.

Musical backing is not uncommon with a saxophonist, guitarist, tambourine player and drummer all being spotted on the day.

Steven added: "The event is returning following a gap due to the Covid-19 pandemic. It's a bit of fun and much-loved by local people.

"The ground is likely to be quite hard after a lot of sunshine so it could be quite a task to entice any worms.

"I have a long way to go before beating the world record of 567 worms but raising money for the hospice is a great incentive."

Barringtons Managing Director Phil Wood said: "Our employees are always up for a charity challenge and have taken part in sponsored walks, cycles and marathon runs but worm charming is a first and we wish Steven and all the competitors the best of luck."

For more on the event visit https://www.willastonprimaryacademy.co.uk/worm-charming/