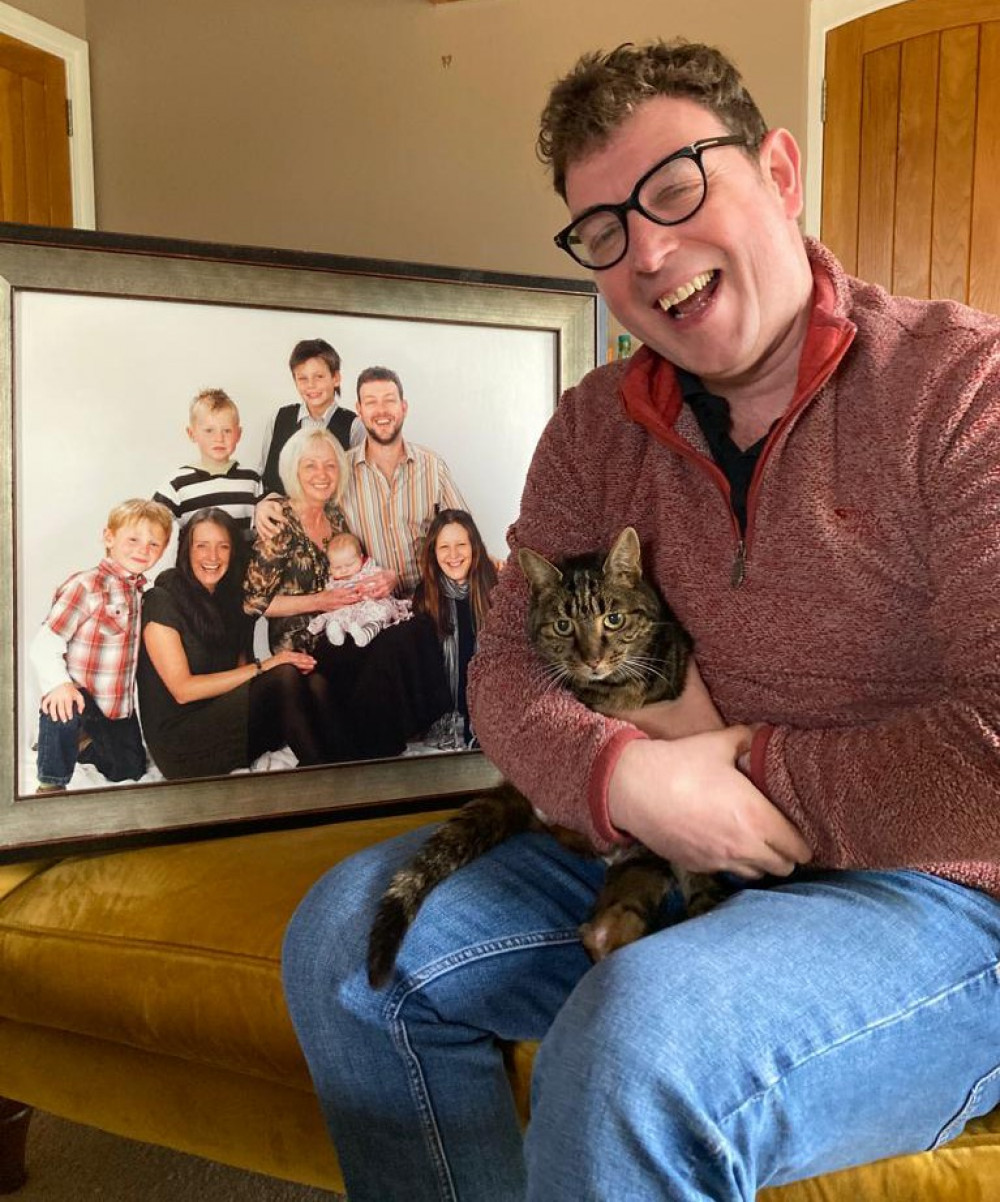 Simon Cunningham has adopted his late mother's cat who was rescued by the RSPCA (Picture: RSPCA)

A PLUCKY cat left impaled by a metal spike after falling into a mill cellar is making a miracle recovery despite losing a leg.

Thanks to the work of the RSPCA, Kitty survived her ordeal trapped for several weeks in the basement of industrial premises in Lancashire, where she suffered a serious injury when the spike penetrated one of her hind legs.

She has now been adopted by Simon Cunningham, whose late mother owned the tabby, and is happily padding around on three paws in her new home near Crewe none the worse for the surgery - which sadly resulted in her having to have her leg amputated. 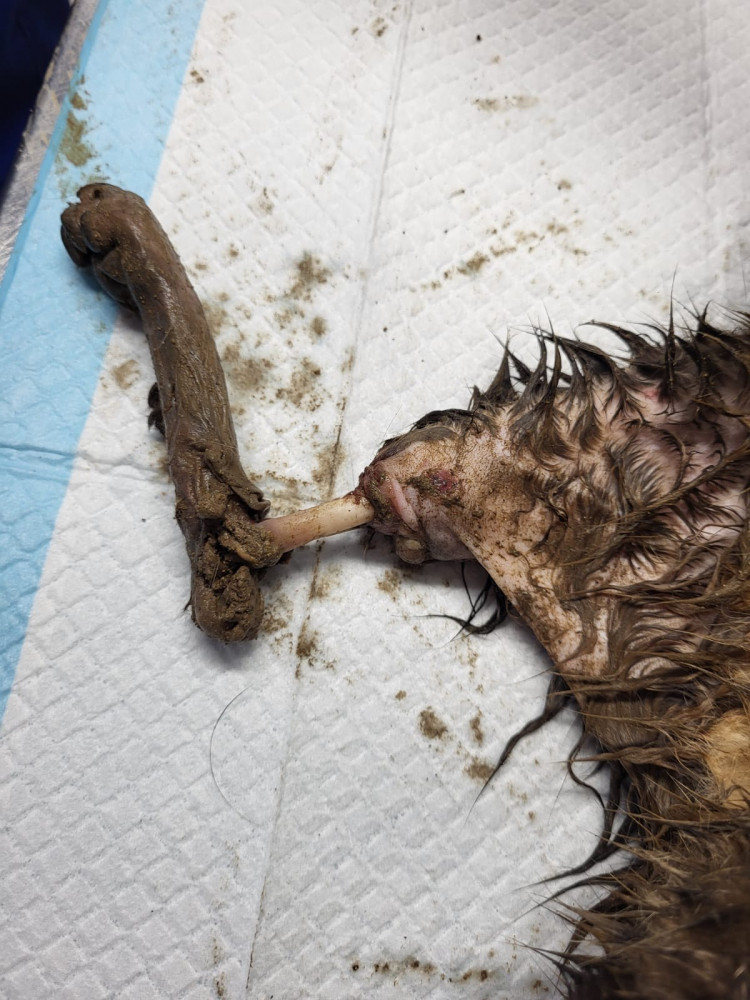 Kitty's leg was severed by the spike (RSPCA).

The cat went missing from her former home near Accrington after her owner's passing last month.

Trapped in the cellar the eight-year old feline kept herself alive by drinking rain water and eating food debris.

Her lonely miaows were finally heard by a workman and the RSPCA were contacted on May 13.

RSPCA Animal Rescue Officer Kelly Nix reached Kitty using a ladder to climb 20 feet down into the cellar and found her running around in the gloom.

Her bone was broken and exposed by the entanglement with the spike and she was taken to the RSPCA's Greater Manchester Animal Hospital, where she underwent surgery to have the object removed, although the injury to her leg was so serious an amputation had to be carried out. 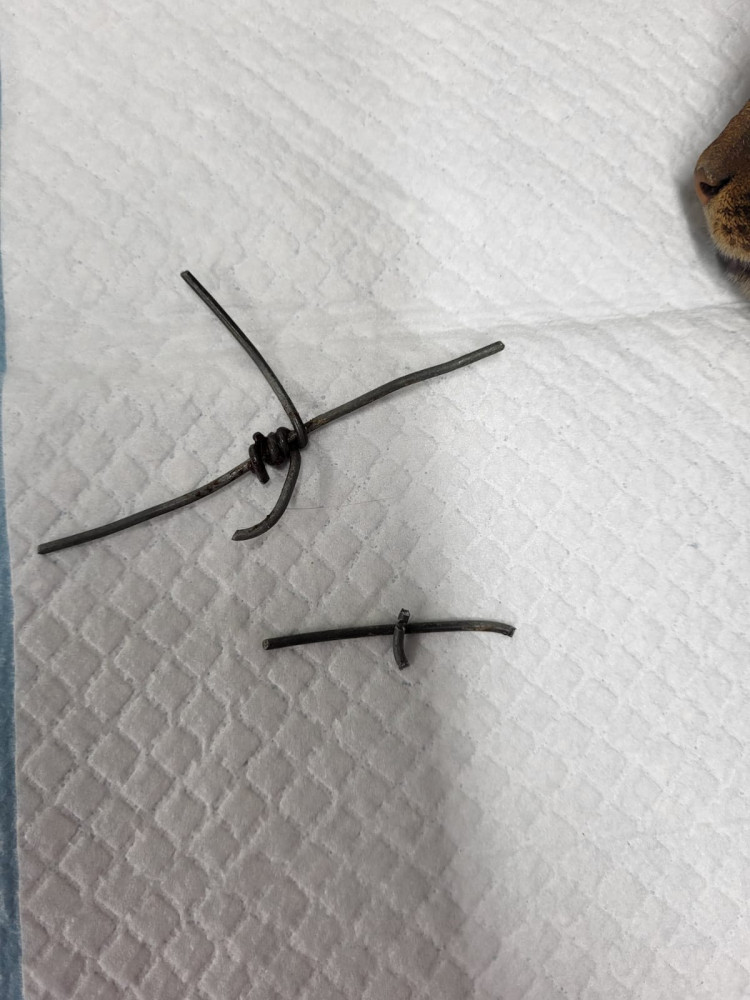 The spike was removed at the RSPCA's Greater Manchester Animal Hospital (RSPCA).

Despite her handicap she is reported to be making great strides in her new surroundings with Simon and his family.

"My mother passed away five weeks ago and Kitty vanished some time after while we were moving things out of her property. We thought she was lost, but we are so grateful to the RSPCA and their staff for the crucial role they played getting her back," said Simon.

"It's been quite emotional as she was my mother's cat. She's doing really well now considering what she has been through. She's putting on weight and we've also had her microchipped."

The RSPCA was able to track down Simon after the cat matched the description of a missing report made to a local vets practice .

"When I found her, she was running around with no way out. My guess is she'd been down there for quite a while," said the animal rescue officer. 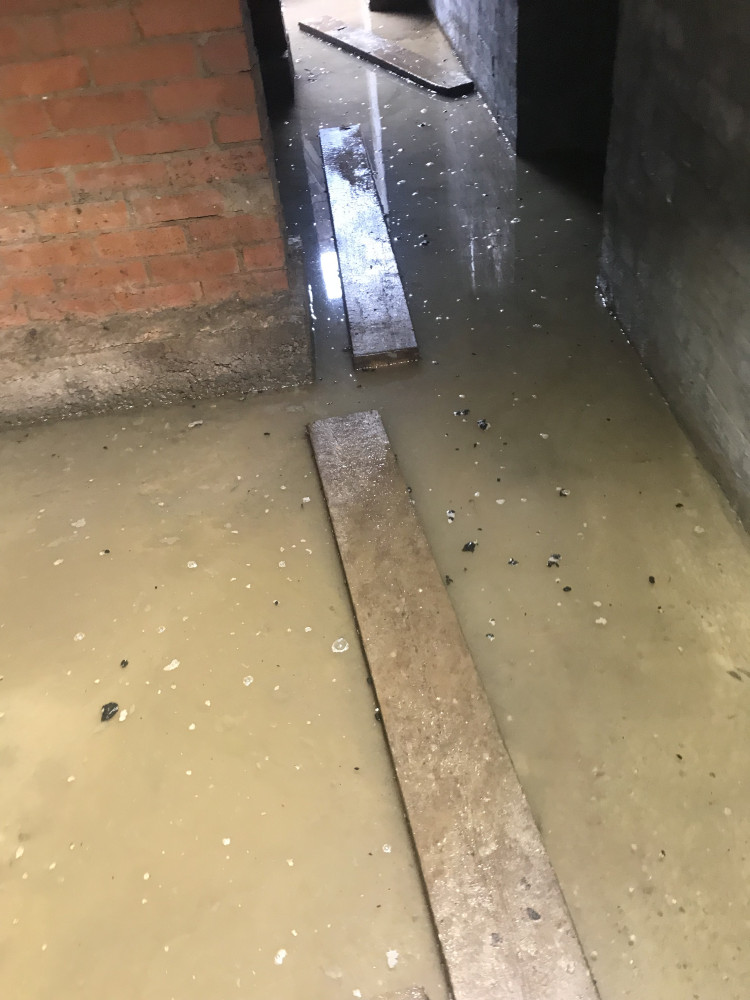 "When she was x-rayed at the Greater Manchester Animal Hospital they could see foreign objects in her stomach, including chicken wing bones she'd eaten.

"There was a lot of rain water down at the bottom of the cellar and she was drinking that and I think that has kept her alive.

"But the spike had gone through her leg and sadly it had to be amputated." 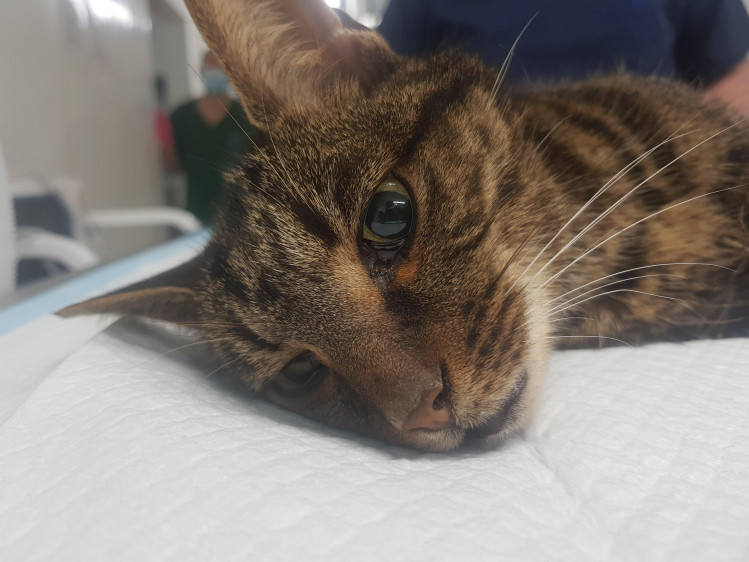 Kitty has recovered despite losing a leg (RSPCA).

Go-ahead for expansion of Crewe school with 80 new places