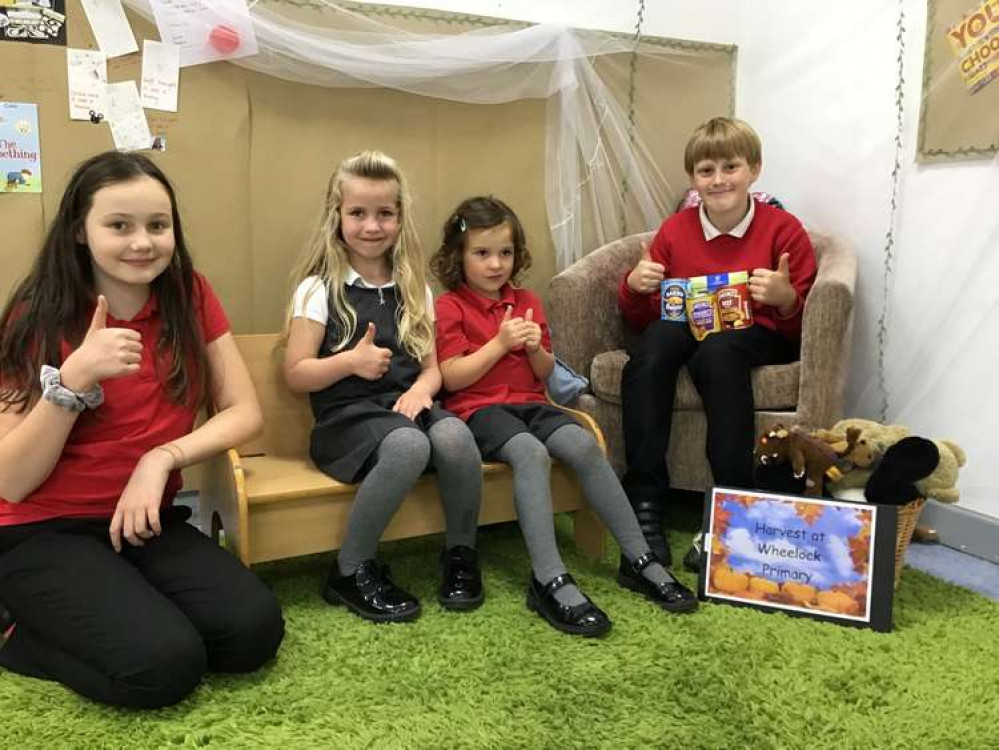 Pupils at Wheeock Primary School get ready for the harvest festival (Picture: Rachael Rivers of The Learning for Life Partnership).

FOOD banks Crewe and Shavington are to reap donations from a Harvest Festival project run by local schools.

Leighton Academy, Shavington Primary and Wistaston Church Lane Academy are taking part in the project across the Learning for Life Partnership's five primary school sites, which also include Wheelock Primary School and Daven Primary in Congleton.

It comes at a time that some food banks report a decline in donations. The Guardian newspaper has reported this week that some are warning they will have to shrink the size of the parcels they give out because of declining stock levels caused by the HGV crisis and a collapse in public donations.

In South Cheshire children will be encouraged to bring a tin, packet or carton of food into school and after assembly the food gifts will be delivered to five different food banks in Nantwich, Shavington, Congleton, Sandbach and Crewe.

A spokesperson for the trust said: "The harvest produce will provide a very welcome boost to the food banks in our area as during lockdown, the food banks were very well supported by their local communities.

"But recently the shelves have been emptying rapidly and there is now a shortage in basic commodities. The Harvest initiative has already been well received."

Laura Simms, RE leader at Shavington Primary School, said: "The children are all very excited to bring in their donations for the food bank. We are delighted to be working with St Mark's Church in Shavington to help provide food for St Paul's Pantry in Crewe.

"It has been a fantastic opportunity for the children to learn about food banks and how vital they are for the community."

Wistaston Church Lane Academy Principal James Bancroft says contributions to the schools should be taken in for the assemblies in the week beginning Monday, October 11.

Mr Bancroft said: "We know the foodbanks do a fantastic job in the community and we are so pleased to be able to focus on this forthcoming celebration and let the children see what a big difference they can make."

Alexia Stockton from St Paul's Centre in Crewe said: "It's wonderful that Leighton Academy will be collecting for the foodbank."